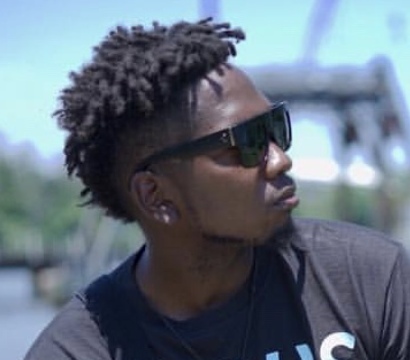 Lumont Deshield is the Founder and CEO of JesusGang. JesusGang started as a unique t-shirt clothing line and now includes: hoodies, hats, and shoes. It quickly expanded into Christian rap music as a way to reach youth and young adults with positive music and as an alternative to negative rap music. Lumont writes, performs, records, and produces music and videos. He is defining a new genre of music that has been called gospel trap music.

JesusGang has performed at more than 80 churches, community events, radio stations, clubs and shows in the DMV, Atlanta, Miami, and Tampa. The message is always positive, motivational, and inspirational.

In 2015, Lumont was runner-up in the WKYS 93.9's "Give Drugs a Bad Rap Contest" and was selected for the Actors and Models for Christ. JesusGang also started his clothing line in 2015. JesusGang started out by making most of his products himself.

2017, was a busy and exciting year with the release of JesusGang debut album, The Good Samaritans. It was spotlighted on Rapzilla twice, as the Next Up Coming Artist where his song “Thorns in My Flesh” & “Praise Party” ft Dee-1. He was interviewed on Cutthroat TV and Listen Vision with Kenzie Luv. JesusGang performed for Frenchie from Bricksquad and traveled to Miami, to film a video with the artists of Surf Gvng and Phil Derhril. JesusGang ended the year at the historic Fillmore, performing as an opening act for PnB.

January 15, 2018, was the debut of his second album, The Good News. This year, JesusGang has performed at the MLK “I Have a Dream” Concert with Tony Redz, Love and Hip Hop events, Next 2 Rise Atlanta media, and performed at DC’s Summer Jam, Seat Pleasant Day, Porchfest DC and many other events. JesusGang has recorded, performed and featured with numerous local artist and has made two appearances at the Fillmore. JesusGang released his third album, The Rapture, September 2018. JesusGang signed a deal to Bentley Records in 2018. JesusGang is a proud Howard University Alumni. In 2018, Lumont Deshield is also a writer/performer for the songs of love foundation. Its a foundation that makes songs for children in the hospitals.

Update Required To play the media you will need to either update your browser to a recent version or update your Flash plugin.
Download Download
Back
You Tube